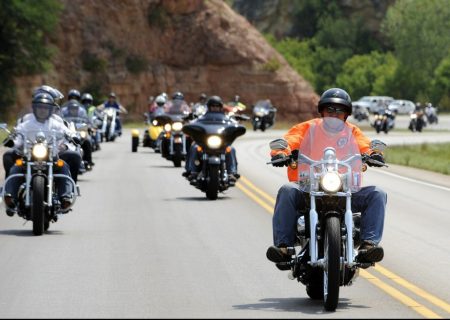 1. Patchholders are people too. They have good and bad days, they have jobs, families, and normal everyday problems and concerns just like anyone else. There are those who no matter what you say or do, it will not be right with them. Just like with any group, you will find both good and bad.

2. Protocol and Respect are primary rules when dealing with a motorcycle club patchholder.

If you are FORMALLY introduced to a patchholder, make sure either the person doing the introduction (or you) make sure they know what club you belong to & if you are an officer, what position you hold. Under no circumstances do you interrupt to correct a mistake while that person is introducing you or while they are talking. Wait till the introduction is done & politely introduce yourself correctly. i.e.….

(Use your name – not your nickname. Nicknames may come later.)

4. Never, Ever, Lie. You can refuse to answer a question in a polite manner by saying something like, “That seems like club business, and I would like to refer that to one of our officers in order to get better information for you.” Be prepared to answer questions about what your club is about. Such as….

B.) The Patch is bought & not earned.

D.) All makes and models of motorcycle are welcomed. Or it’s a brand specific or special requirements club.

E.) We are a non-territorial club.

F.) We are a neutral club and do not wear any MC support patches.

G.) Women riders are welcomed and in many cases are club officers.

H.) We are an AMA chartered riding club.

J.) Do not offer forum links or web sites, It’s better to refer them to a club officer.

K.) Do NOT brag about how large the local or national membership is.

L.) Do not volunteer club info. If they ask a question about the local chapter answer it if you can. If they start asking questions about the number of members, or the National chain of organization refer them to one of the club Officers.

5. Women in leadership positions or being a patchholder in motorcycle clubs, while not totally unheard of, is very rare. That’s just the way it is. Most motorcycle clubs would also rather deal with a man if there is business to conduct. Most realize what a riding club is about & will for the most part accept a woman as an officer, and a woman officer will most likely be allowed to attend any meeting. Whether or not they will deal directly with a woman officer or not depends on the individual motorcycle club/chapter. There is no set rule for this and they will let you know if it’s ok with them or not. Many motorcycle clubs do not care to deal with the National officers. They would prefer to deal with the local or state representatives.

6. If anyone knows a patchholder, don’t let him/her throw the patchholders’ name/nickname/club’s name around like you’re a great buddy of theirs (even if you are). Many clubs consider that as a major disrespect to the whole club.

7. Watch where you are when speaking about them, and never say anything about them in public because you never know when that woman, man, or kid in regular clothes standing near you might be one of them, or a “support member”. Patchholders do not always wear their colors. By the time the story gets back to the top club in your area, it will have been changed many times over and could be blown up way out of proportion.

8. Anything said about them between club members is club business ONLY. If comments, even those said in a joking manner were to get out, problems could start. Discussion outside the privacy of the chapter can start rumors which could cause a lot of problems for not only the chapter, but also for other chapters in and out of the state.

9. If for some reason you have to say something while in public about a motorcycle club, take the person you’re talking to aside, alone, and say ONLY what you need to say to get your meaning across. Say as little as possible so anyone else can’t overhear it & misunderstand what you’re talking about.

10. Watch where you wear your patch (RCs don’t wear colors, colors are earned, not bought) and it’s just common sense to stay in numbers when wearing the patch. (Some motorcycle clubs can be very territorial and some clubs don’t see any difference between a RIDING CLUB and MOTORCYCLE CLUB, good or bad.) If you are unsure of the areas or places normally frequented by motorcycle clubs, find out from your club Officers. If you are planning on traveling and are concerned about what the situation may be in regard to the relationship with the local motorcycle clubs in the areas you’ll be traveling through or staying in, talk to your local officer and ask if they can find something out by contacting the officers in the areas you will be in.

12. If you already know a patchholder, or get to know one in the future, don’t just walk up to him/her and interrupt when they are with other members. Wait till he/she acknowledges you first and NEVER touch them or put your arm around them like a buddy. Don’t put your hand out to shake theirs; wait for them to extend their hand first. If for some reason you’re not acknowledged at all, then just keep walking. If you need to talk to an officer of a Motorcycle Club the proper way is to go through the Sgt at Arms or one of the patchholders.

13. You have to decide whether or not you want to show respect by going to any of their functions or if you want to avoid all of them all together. If you do choose to show respect and go, you can do this in a way that may make you feel more at ease by going to one of their “support’s” functions instead of the top club’s function (if they have a support patch then you’re still indirectly showing the top club respect). But if you do go, then you also have to go to their rival clubs’ function or you’ll be telling everyone that you’re not a “NEUTRAL” club as you said you were.

(Example: If you go to the Club A’s function then YOU HAVE TO GO to the Club B’s function, etc..) You have to decide how you want to stay neutral, by going or not going and you have to let all the other area chapters know if you’re going too, so they’re not in the dark and we can ALL stay on top of things.

A better way to support them and still give the appearance of being a neutral club is to attend only “open to the public” events that a motorcycle club may be sponsoring.

If you feel that you do want or need to go to a “limited event”, then you’ll have to go representing yourself as yourself, preferably without wearing any patches identifying your club. Remember, if you’re wearing your club patch, you are considered by everyone to be representing your whole club. If anything were to turn sour, then your whole club could wind up with problems down the road. Also, once the rivals of that club you visited find out (and they will within a day or two), then those rivals will see you as no longer being neutral & you could be considered a rival of theirs too.

14. No CLB’s (Chapter Location Bars), any territory rockers, or anything giving the appearance of a rocker should be worn with the RC patch. State flags, state logos may be worn in some areas and not in others. It’s best to check with the local RC officers to make sure what is ok in your area.

15. If someone from a motorcycle club requests that you remove your vest/patch, don’t argue. The best reply is, “No Problem” & politely take it off and let your Club Officer know what motorcycle club it was so they can deal with any potential problems. You normally will only get asked once.

16. If an establishment has a sign indicating “No Colors”, even though your patch is not considered “colors”, the vest should be removed out of respect to the other clubs and the policy of the establishment. While you may just be a Riding Club, it’s only respectful to honor the house rules. Motorcycle clubs that honored the “house rules” would probably be deeply offended that you didn’t. Also remember, many establishments choose to have this policy and it applies to all clubs that use any kind of patch; they do not distinguish between a MC and a RC. Be aware of the local motorcycle club hangouts & it’s best not to wear the RC patch into them without an invitation.

17. Do not wear your Patch into a motorcycle club clubhouse unless you have asked if it’s ok to do so or have been invited for a “sit down” with the officers of the motorcycle club, or been invited As a Riding Club Member, to attend a function there.

18. In regard to women who are with a MC club, but not in the club: Old Lady is not a negative or derogatory term, it’s just a slang term commonly used. “Property Of” patches are their way of showing support for their man and the club he’s in.

19. A patchholder may not, and many times will not, acknowledge your wife or girlfriend, especially upon a first meeting.

20. DO NOT touch or sit on a patchholder’s bike unless invited to do so. Do not expect the invitation.

21. A prospect can usually be identified by the back patch they are wearing. There are many different ways motorcycle clubs identify prospects. They can have the rockers without the main patch. They can actually have a patch saying “PROSPECT”. Some do not wear any patch, because all the Patchholders know who the prospects are. You want to treat a prospect or even someone you suspect is a prospect the same way you would treat a patchholder – with respect and courtesy. Many clubs will take offense to someone outside their club using the prospect term. Calling someone “Prospect” if you are not a patchholder of that club more often is considered disrespectful.

22. Have absolutely no doubt that a motorcycle club is serious and many have been known to physically educate a person who shows disrespect or displays a bad attitude.

23. Be aware of the behavior and attitude of the other RC members who are with you (especially if anyone has been drinking) at events. If necessary, try to take action to avoid problems before they happen. For example, if someone appears to be getting too angry or loud and possibly disrespectful, take them aside or suggest going somewhere else until things settle down. You could also let one of the officers of the club know about the situation. If an incident should occur in spite of your efforts when no Officers are present, make sure to let your officers know as soon afterward as you can. If no club officers happen to be there, then ALL of the RC members that are there need to make the attempt to take that person aside, and strongly suggest that the offending RC member go somewhere else to settle down.

24. Be aware that problems created in one part of the country by a RC member or issues with the RC in one area have the potential to affect RC members in other areas and states.

26. Don’t ever touch any part of another club member’s colors, which includes the vest or jacket it’s sewn on. That is considered serious disrespect, which could cause them to aggressively educate the un-informed.